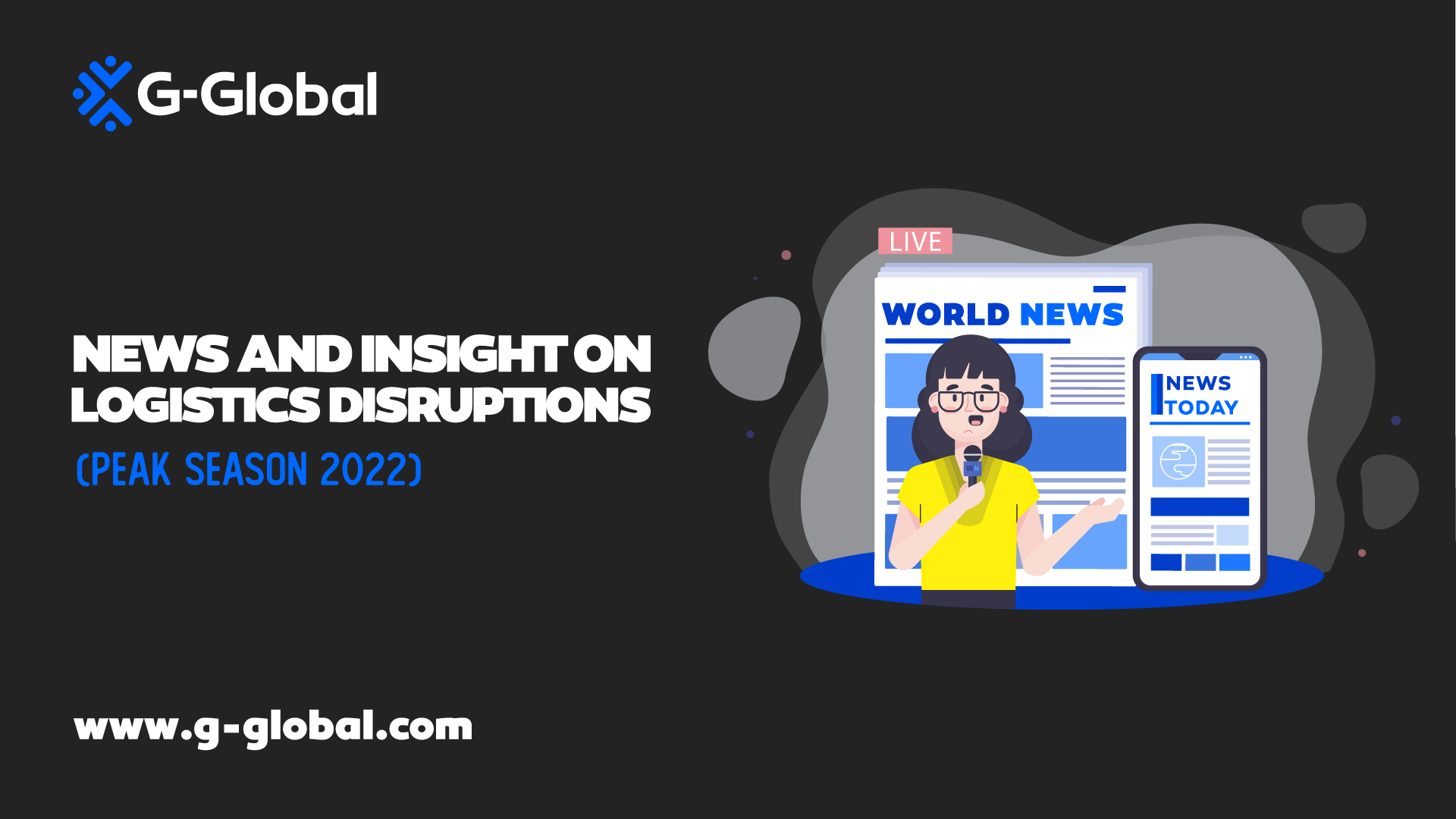 Peak season is a critical time of year when the surge of demand can create many internal fluctuating responses. However, new external factors can reshape the outlook of the most profitable season of your business, creating flexible strategies to face unforeseen challenges are of utmost importance to identify as soon as possible. Today we are going to share the news and insight on supply chain disruptions to look out for.

California is home to an estimated 70,000 independent truckers and as the new AB5 ruling was announced, threatening to make it prohibitively expensive to remain operating independently, protests at the Port of Oakland created bottlenecks in American supply chains. In a loss for truckers, the judge lifts an injunction in California AB5 ruling on Aug 30th, 2022., only after the U.S. Supreme Court failed to take up the matter.

Now that capacity constraints have been improved by the ports, companies are now tied up by land as warehouses are overflowing with goods. Lengthy backups have been experienced specifically in Chicago and Kansas City, reporting COVID-19 pandemic levels of backlogs. As a secondary consequence of unavailable space to store arriving merchandise, companies are tied to transportation as they wait for a confirmed location to take the containers. Freight networks are feeling a strain as new surges in cargo are being received in some Gulf and East Coast ports.

UPS workers and Teamsters, workers´ union, are currently in a new contract fight for 2023. As new changes are being pushed and signatures collected, we want to prepare for all scenarios and possible outcomes. Having in perspective that UPS´contract is set to expire on July 31, 2023 and 350,000 of 534,000 UPS drivers have collectively expressed readiness to strike during Peak Season

Spencer Patton is no longer providing service to FedEx after being sued for promoting their business at the expense of their employer’s image. Spencer Patton invited FedEx contractors to join his trade association and later asked FedEx to renegotiate agreements with its contractors with the potential threat of creating peak season chaos by stopping deliveries. Their lawsuit’s goal against Patton begins with putting stop to a logistics and shipping consultancy from spreading misinformation… and “unlawfully promote its own business for financial gain,” said Jenny Robertson, a spokeswoman for FedEx.

With both large shipping companies under fire, having a hybrid carrier approach is highly advised for peak season. If you are growing an e-commerce business or startup and looking for logistics solutions, consider taking advantage of the beneficial expertise a 3PL provider can offer. Need help facing supply chain disruptions? We can help!

Looking for a fulfillment solution?