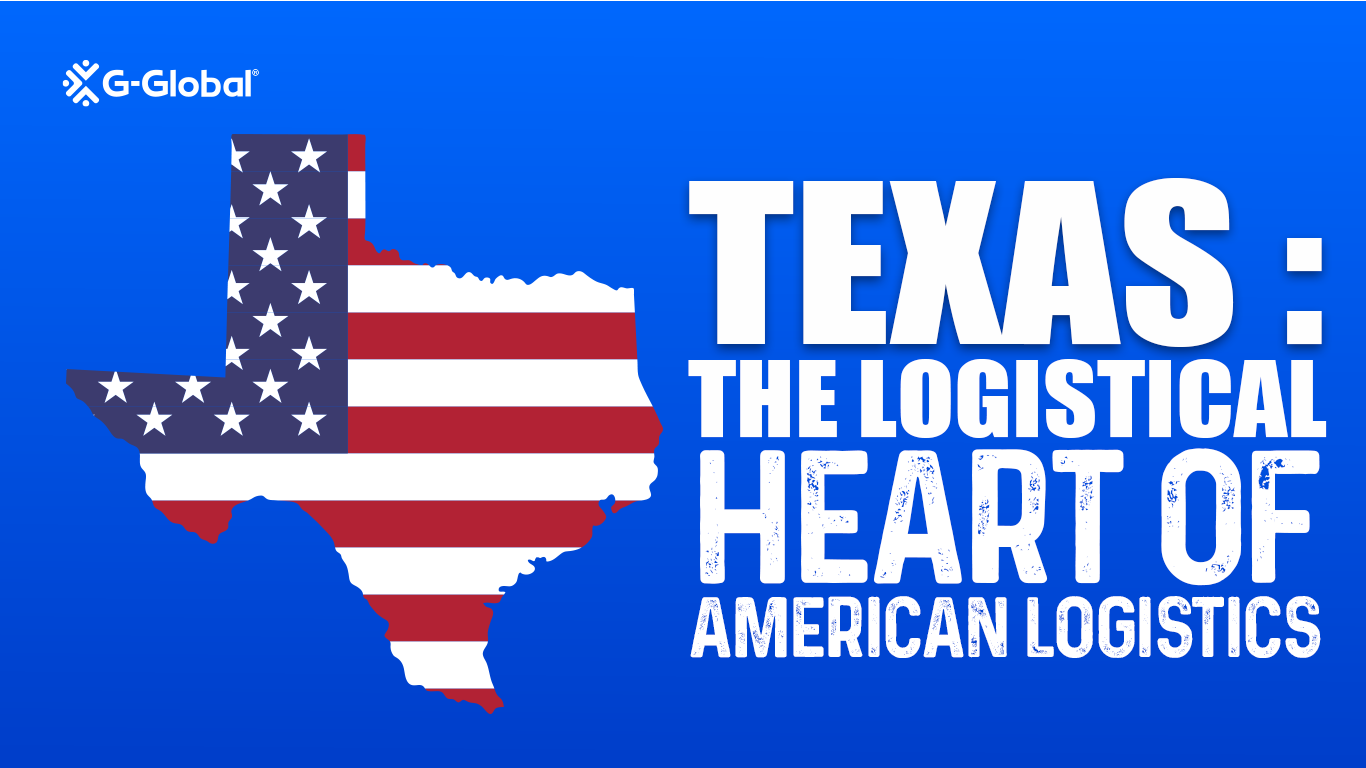 From America’s leading exporter for 17 years straight to receiving the 2nd-most imports of any state, Texas has proven to be an advantageous location for logistics performance.  Have you explored Texas, the logistical heart of North America? Join us today as we relight Texas in logistics terms.

With quick access to rail, air, and over-the-ground truck transportation, the state provides all the elements for intermodal combinations to be tailored to your distribution needs. The region is a global inland port with two airports capable of large-scale cargo operations—Dallas Fort Worth International Airport and Fort Worth Alliance. Texas´s Transportation and Warehousing sector includes industries providing various transportation services including that of passengers and cargo, and the warehousing and storage of goods. Now, can we question that Texas is the U.S., Capital of Logistics? Companies can thrive with Free trade, a business-friendly climate, and urban agglomeration allows them to thrive in Texas. Let alone, in 2018, it had 77% more in export values than 2nd-place California, as a prime exporter and producer of oil and gas. Despite having a smaller population than the Golden State, Texas barely edges out as the nation’s capital for foreign trade, and therefore logistics.

Additionally, Texas moves 3.3 billion tons of freight per year and has 5 of the 30 largest ports by trade value. On a national scale, 9.4% of America’s manufacturing activity happens in Texas. All is made possible by its geographical location as it runs along the border with Mexico and topography is characterized by its flat, open prairie, making infrastructure building easier for the industrial real estate market. A clear example is warehousing services growth. Data from the Dallas Fed shows that from 2010-2018, metro Dallas-Fort Worth ranked 1st nationally in industrial space expansion, while Houston was second. About 5 times more industrial space was added than office space in the metro.

Much activity goes in and out of Port Laredo, America’s 2nd-most active freight port by value (excluding airports). From their goods are moved along I-35, among the nation’s busiest interstates for freight, and into the Texas Triangle metros.

“Laredo’s roots are in international trade,” said Gene Lindgren, president of the Laredo Economic Development Corporation, referring to the longtime relationship with Mexico.

Robust freight rail has leveraged Texas’ logistics industry from 10,000 freight routes home to over 17,000 jobs.  (The trucking industry boasts greater employment figures, with 1 in 16 Texans working these jobs.) The primary materials shipped out by rail are chemicals, minerals, and petroleum-associated materials, while the state receives coal.

Road construction is a third major component of Texas logistics. Despite this, it is the top state in terms of total lane miles, by far, and has four of the top eight cities in terms of lane miles per capita. In Texas, there is a lot of innovation in road policy, from well-designed private toll roads to state researchers who are experimenting with a “freight shuttle” system where trucks are moved along conveyor-type medians separated from standard traffic.

Obviously, the transportation and logistics systems in Texas are more complex than what can be conveyed in this article, but hopefully, this gives a sense of the basics. Consequently, it has supported a vast network of warehouses, manufacturing plants, roads, rails, and ports throughout the country. While Texas remains an open economy and grows-and as long as the United States commits to free trade-the state will be the center of advanced logistics.

G-global is part of the logistics industry that has perfected tailored strategies to make the best of the heart of American Logistics in your international operations. From warehousing to intermodal transportation, from inventory management to customs clearance, we are here to deliver excellence and eliminate all barriers to optimize your supply chain. Meet us here!

Looking for a fulfillment solution?